By 5:00 this afternoon, it already had over 20 "promotes". I don't know why, but that just makes me feel happy.

[ permalink ] [ e-mail me ] [ ]
I'll be at the View Developer Conference in Barcelona next week. It's been a few years since I've travelled overseas, and I've never been to Spain before. Any travel tips (of any sort) that anyone can offer me?
Medicinal Side Effects (Tuesday, Nov 27)

[ permalink ] [ e-mail me ] [ ]
I've had a nagging cough for about 4 weeks now, and today I finally went to the doctor about it. My doctor knew exactly what it was (she even described a few symptoms that I hadn't even told her about), and said it was some kind of respiratory infection that's been going around recently. She prescribed a 2-week dose of antibiotics and cough suppressant and sent me on my way.

Being the sort of guy who likes to know what I'm in for, I always take care to read the warnings and potential side effects of the medicines that I'm given. These two sound like they'll be fun. Here's a few choice side effects/cautions:

If you experience confusion or hallucinations, CONTACT YOUR DOCTOR IMMEDIATELY. Now, if I'm confused, I probably won't have the mental acuity to remember to call my doctor, and if I'm hallucinating I may not even be able to find the phone. But, good knowledge to pass along to family and friends.

CONTACT YOUR DOCTOR IMMEDIATELY if you experience a decrease or increase in urine output. This will be a tough one because I didn't think to measure my urine output before I started taking the medication. If I had charted it out for a week or so I'd feel better about it because apparently any change whatsoever in urine output will be cause for alarm. I'll play it by ear.

SIDE EFFECTS include diarrhea, etc... That one always seems like a risk, doesn't it? Luckily, my other medication listed constipation as a possible side effect, so I hope they'll cancel each other out (rather than, say, having alternating effects).

So, will the cure be worse than the disease? If so, I probably won't be able to tell you because I'll be stuck in the bathroom, confused and hallucinating.

[ permalink ] [ e-mail me ] [ ]
I've been watching the TV series "Heroes" all season with the nagging feeling of: "That Takezo Kensei/Adam Monroe character looks awful familiar..." Well, it finally occurred to me who he reminded me of. Ben Poole! 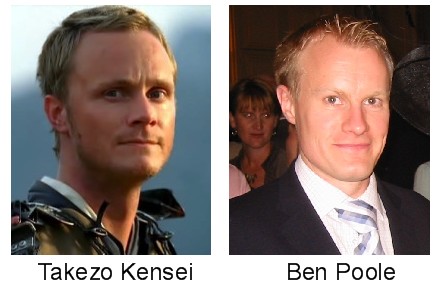 Now we all know what Ben's been doing since he went freelance earlier this year. Saving the world.

The Most Busiest Time of the Year (Thursday, Nov 22) 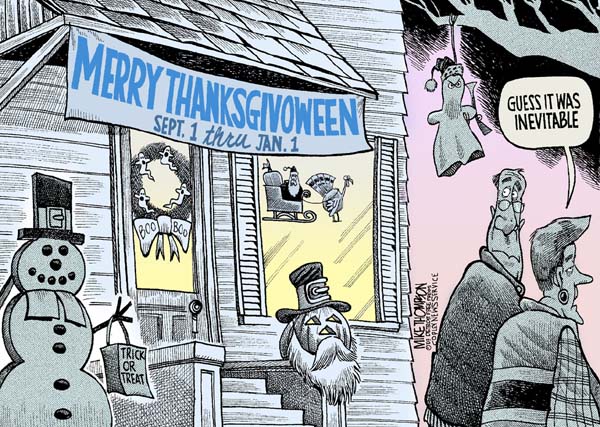 This time of year (from late October until January) is always a blur. Here in the USA, we start with the trifecta of Halloween, Thanksgiving, and Christmas/Hanukkah/Kwanza/whatever, with New Year's Eve as a drunken topping to finish it off. For me, there's the added business of two family birthdays, the View Developer Conference in Barcelona, and two Lotusphere 2008 sessions that are due very soon. Plus all the family visits and visiting.

[ permalink ] [ e-mail me ] [ ]
New in the Notes.net Sandbox: a library of sample Composite Applications, all wrapped up in an Update Site database for you to install and learn from. Here's the description:

Composite Application Component Library
This database contains 22 ready-to-use utility components to build composite applications in Lotus Notes 8. It contains an Eclipse Update Site to house the Eclipse-based components. The database itself hosts the design elements for the Notes-based components. And a view has been added to contain the documentation on how to use each component.

There will be a series of "recipes" posted to show some examples of how some of these components can be used to create personal productivity applications by any Notes user. But their use is not limited to that. They can be used in all sorts of composite applications from prototype to production.

[ permalink ] [ e-mail me ] [ ]
Here are a few recent Technotes that I thought were interesting:

Improved Recompile All LotusScript performance in 7.0.3
According to this, using "Recompile all LotusScript" on forms with alias names can cause poor performance when opening documents if you have a version of Domino Designer less than 7.0.3. There's no indication on whether this is a bug specific to a particular version or to all versions prior to 7.0.3, although the technote sidebar mentions something about versions 6.5.6 and 7.0.2. I used the "provide comments to improve this page" option to ask that question over a week ago, but the technote hasn't changed.

I'm not quite sure what makes up a URL "argument". The example they give is:

And they seem to indicate that UNID1, UNID2, and UNID3 are all "arguments". What I don't really get it why the heck it would matter how long each of those UNID "arguments" are. Maybe Domino is doing some pre-parsing or something. I don't know.

In any case, this could be important if you're sending a bunch of information back to the server (maybe in an AJAX call) using GET with a long query string instead of POST. Be aware.