The October 2009 Blog
send me a comment
Sample Database from IAMLUG/UKLUG (Monday, Oct 26)

[ permalink ] [ e-mail me ] [ ]
At IamLUG and UKLUG, I did a session called "Free Your Data" that discussed various methods of importing and exporting data to/from Lotus Notes. Here is the sample database from that session:

It's got Java and LotusScript agents with examples of using CSV, ODBC, XML, JSON, OLE, and Web Services to import and export data. There is also a page with an example of using the Bluff JavaScript graphing library.

[ permalink ] [ e-mail me ] [ ]
Way back in 2004, I posted an LS2J example database to demonstrate how to call Java from LotusScript using the LS2J technology that was new [at the time] in Lotus Notes 6.

I've recently had a few e-mail questions regarding that code, so after 5 years of letting that database gather dust I made some updates to the code to fix the following problems: 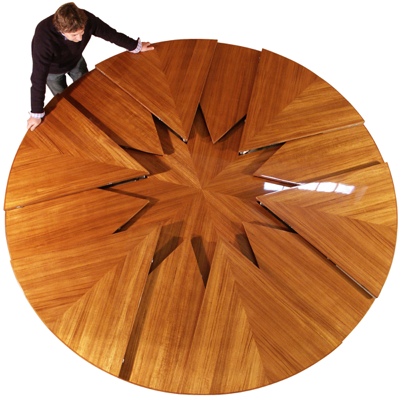 It's a round table that expands in a crazy, geometric way when it's rotated around. Here's a video:

It's called a Fletcher Capstan Table, custom built to order by DB Fletcher Design. No prices. If you have to ask, you can't afford it.

[ permalink ] [ e-mail me ] [ ]
Some part of me judges conferences based on how much sleep I get while I'm there. Less sleep == better conference, using the logic that I want to stay up late to spend time with the great people who are there but I also want to get up early to be at the conference itself. Based on that criteria, UKLUG is quite possibly the best conference I've ever been to.

And to be clear (just so that's not interpreted as some conniving back-handed compliment) even ignoring the Julian-sleep-scale, I think that UKLUG last week was an incredible show. 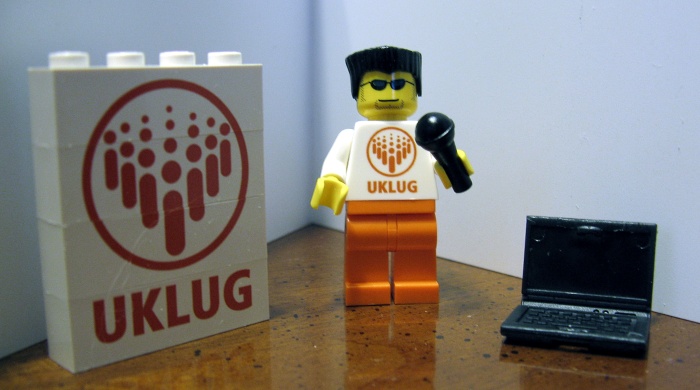 Warren and Kitty Elsmore -- probably the most thoughtful people on the entire planet -- headed up the organization of this very well executed event, and I can't begin to imagine how much work it was. From the opening session with Lotus GM Bob Picciano and demo-man Ron Sebastian, to the technical sessions, to the welcome reception Scottish ceilidh, to the closing session where vendors gave away everything from iPods and iPhones and Blackberries to a trip to Nice, it all ran smoothly.

A few personal highlights and comments:

Okay, back to work.