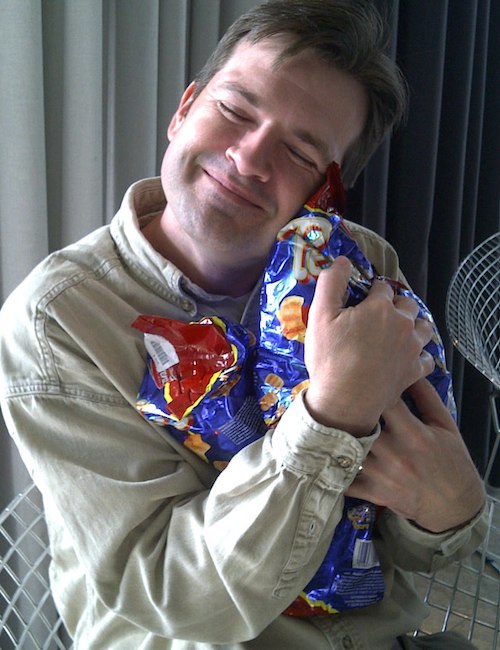 Bacon chips! One more way in which Francie is awesome.

[ permalink ] [ e-mail me ] [ ]
UKLUG 2011 was, once again, a fantastic event. This year it was at the Museum of Science and Industry in Manchester. The size of the meeting space was perfect -- crowded enough that you got to see all the people and vendors, but not so crowded that you had trouble moving around. And hey, it was at a gigantic science museum! Among other things there were lots of old computers and computing equipment on display, including the Baby: 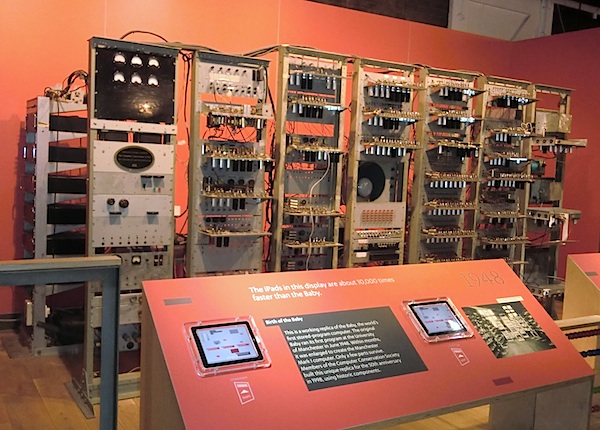 As a technical conference, Warren and crew did another amazing job of organizing the entire event and pulling together some top notch speakers. For a lot of attendees, this is the only chance they get all year to go to a technical conference (as was obvious when Ted Stanton asked in the opening session how many people did not go to Lotusphere, and about half the hands got raised). And for the vendors, that means a whole group of people that they probably don't have access to otherwise.

Anyway, it was a great time. I got to see a lot of friends, and I had never been to Manchester before so that was fun too. I had no idea the city was so big. Here's the view of maybe 1/5 of the city from the "Cloud 23" bar at the top of the Hilton Deansgate (click the image for a larger version):

Which is another great thing about how the LUG events get organized: they tend to move the cities around, to keep the events "fresh" for the attendees and speakers, as well as to draw attendees from different areas who might not be able to travel far to come to the event. It's a great public service for the developer and admin community, and the hard work involved with putting on an event like this is very, very appreciated.

[ permalink ] [ e-mail me ] [ ]
I'll admit, as a guy who was born and raised in America, I've never heard of a Milkybar. But it's one of the many pounds of chocolates, candies, and sugar concoctions that seem to be present in abundance at UKLUG.

With no real explanation, Bill Buchan has been taking pictures of people holding a Milkybar throughout the conference today. Here's my photo, next to a drawing of the original "Milkybar kid":

I am, of course, on the right. Someone made a comment that they thought I looked like an older, grown up version of the Milkybar kid. This is obviously ridiculous, as shown in the annotated version of the pictures below:

I do hope that puts all these Milkybar kid rumours to rest.

UPDATE: apparently it's "Milkybar kid", not "Milkybar boy". The blog entry has been corrected, and sincere apologies to all the non-Americans who grew up with this icon of the candy industry.