[ permalink ] [ e-mail me ] [ ]
I was on the kid's computer today because I needed to search for something and it was the closest one at hand. All of my Google search links were getting redirected to "go.google.com" followed by a long string of characters, and the pages I ended up at weren't the ones I was trying to go to. I also noticed that SpyBot and the anti-virus software wouldn't start up. Everything else seemed to be working normally.

I tried going to some of the online virus scan sites but all of them errored out with "Website is not responding". Great. I knew I had a virus or trojan or malware of some sort, but now what?

I did some searching on my laptop and found that a lot of people have been able to use MalwareBytes to get rid of this particular virus. However, I couldn't even install the program on the computer.

Ultimately, the best reference I found for this was at http://www.troublefixers.com/remove-virus-which-redirects-to-gogooglecom-gogooglecom-redirect-virus-removal-tool-for-windows. There they tell you that the virus actually installs a device driver called TDSSserv.sys, and this is what's causing the problem as well as intercepting the calls to anti-virus websites. After I followed the instructions on that page to disable the malware device driver (it's hidden, on top of everything else) I was able to run my AV program and MalwareBytes and get rid of everything.

What a huge pain. At least it was only the kid's computer, which doesn't contain any important information and can easily be rebuilt.

[ permalink ] [ e-mail me ] [ ]
Much like Alan Lepofsky before me, I started looking for a good screenshot app for my new MacBook. I've used FastStone Capture on Windows for years, and I wanted something like that: easy with basic editing capabilities.

Per Ben Poole's suggestion on Alan's blog, I ended up happy with ImageWell. I'm still getting used to the editing interface, but I can crop, resize, draw boxes and text and arrows, and add drop shadows. Also, when it's open I can just press Command-G for a screenshot so I don't have to use a separate program or use the normal Command-Shift-3 thing to take a screenshot and then open the file with something else. Macs don't have a PrintScreen button, you see.

As an interesting sidenote, I also found out that you can select a program in Finder by single-clicking it, then copy with Command-C, then open up Preview and choose "File-New From Clipboard" -- and hey, you've got a nice copy of the program's icon ready for saving. Like... oh look, a Lotus Symphony icon!

Next step is to find a Julian-level graphics program. Something Paint.Net-ish. Got links for Seashore and Pixen so far, and will probably investigate others.

[ permalink ] [ e-mail me ] [ ]
This was easily the busiest Lotusphere I've ever had. I met more people and was able to squeeze in fewer sessions than any other year, and when I came back home on Thursday I slept for 14 hours (my wife said she was about to come upstairs and check my pulse).

Before I start my Lotusphere wrap-up, many thanks to Erica Topolsky. She ran the "blogger program" that I was fortunate to be a part of, which gave me and several others access that we wouldn't normally have along with some great seats at the OGS. Ever-present Ed Brill was also part of the planning on this program, so thanks as well to Ed and whoever else was involved.

So, on to the wrap-up. Here are my takeaways from Lotusphere 2009:

The Lotus Brand Is Back
IBM is no longer trying to bury the "Lotus" name, and instead are embracing and promoting it. There was yellow everywhere this year (including a yellow Portal logo), and the Bluehouse site has been renamed as LotusLive.

On top of that, new Lotus GM Bob Picciano doesn't appear to be coming into his job with any baggage from other roles he's had at IBM. He went to Orlando and embraced the Lotus community without any obvious ulterior motives or plans to scrap one technology and needlessly push another. Heck, he even sang karaoke at Kimono's -- which will now become a default rite of passage for future Lotus execs, I hope.

XPages Are For Real
Despite the fact that we've been hearing about XPages technology in Notes 8.5 for the past year, there were still some doubts in many people's minds. Doubts about whether or not it was just another flash-in-the-pan technology that gets kicked under the rug in a year. Doubts about whether or not it's a good idea to have some new way of producing web content that isn't backwards-compatible with anything we've been doing for the past 15 years.

Well, XPages are here to stay, and they're insanely useful. I've been hacking Domino web apps for so long I forgot that half my development techniques are hacks. XPages are not only a fresh start, but they also give us better ways to integrate information on a page natively. And they'll work in the Notes client in 8.5.1. And on the Blackberry later this year. And they'll be used in the Quickr 8.5 templates.

As a developer, don't think of this as "Oh great, I have to rewrite all my web apps to use XPages". That's crazy, why would you do that? All your existing Domino web apps will continue to work. However, as you move to 8.5 and need to add functionality or build new apps, that's when it'll come into play. Need to join 2 views so you can display combined data for the boss? XPages. Need to build a web app for multiple divisions across the company that should have a different "skin" for each division? XPages. Need to display a rich text field in a view (like Martin Donnelly and and Thomas Gumz showed in AD205)? XPages.

As a start, download TaskJam and see how it works. Look at the new XPages Wiki on OpenNTF. Or even check out the Discussion database template that ships with Domino 8.5. Don't put off learning it because you don't think it's going to stick. It's already stuck.

Symphony Is More Than Just OpenOffice
When Lotus Symphony was first announced, I thought it was a good idea from the standpoint of companies who wanted to get real tech support for OpenOffice, but that was as far as I saw it going. This year we're really starting to see some forward progress. Not only is it embedded in the Notes 8 client, but the Symphony LSX will be available soon (yes, that's access to Symphony from LotusScript). Blackberry announced that Symphony viewers will be available for their phones.

Also, John Head (always the *Office advocate) saw a lot of ODF projects in the Innovation Labs. It'll be interesting to see which of those escape into the wild and get rebranded as Symphony components.

Helping The Customer
There were a lot of integration points and partnerships mentioned this year. LinkedIn, TripIt, Salesforce.com. LotusLive will have an option to use Skype for audio and video. Lotus Foundations server can manage VMWare images. And hey, how about that ActiveSync support, huh?

For years, IBM has been accused of suffering from "Not Invented Here" syndrome. All the new technology had to be either developed from scratch or acquired as part of a vendor purchase. It's great to see the integration happening, since it really opens up the playing field for the customer. We'll probably never really know whether the whole ActiveSync decision was Plan A, Plan B, or something that was forced by Apple somehow, but it doesn't matter because in the end it's what's right for the customer -- the ability to access mail more easily on more devices. Let Microsoft spend money selling the protocol to the vendors, and we can ride the wave.

Helping The Community
Lotus announced official support for OpenNTF.org, and they'll be donating more code and supporting more projects. I'll avoid making any "It's about time" comments and just do the happy dance.

Looks like the Business Partners are getting a little attention too. IBM SmartMarket is a place where Business Partners can advertise their products on the IBM site. And Lotus VP of Marketing Kristen Lauria said that her department will "give you the Air Cover you need" -- she actually said this twice, once at the opening session and once at the closing session.

Time will tell how all of those efforts pan out. It's at least nice to be on the radar.

Good Friends
As always, it was great to see everyone again. For me this isn't just a technical community, it's a huge group of friends. Bruce, Bill, Paul, Rob(s), jonvon, Francie, Jess, Jamie, Warren, Kitty, Susan, Matt(s), [other] Julian, Mick, Lance, Andy, Alan, Roy, Richard(s), Volker, Mikkel, Kat, Eileen, Mike, Joe, Tom -- I know I'll leave out lots of people so I'll stop there and just offer up a well-intentioned "etc" for all the other folks I saw again or met for the first time. I miss you guys already. Thanks for everything and I'll see you all next year. 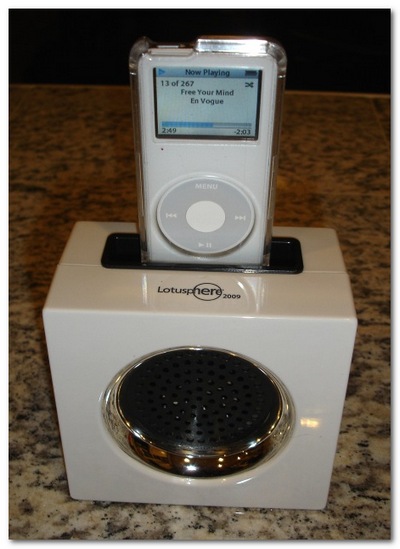 Lotusphere 2009 wrap-up blog entry is in the works. Will post it tomorrow. In the meantime, there's plenty of news on all the other blogs and plenty of pictures on the Flickr photostream.

I have been slammed getting all my session demos finished and polished and getting the code ready for public view. Sometimes I think about 80% of writing code is refactoring and writing comments after I've got it working. Here's a sneak peek of one of the NINE sets of demos that Rob McDonagh and I are doing for our session BP111: Reports, Charts, and Graphs 2.0: 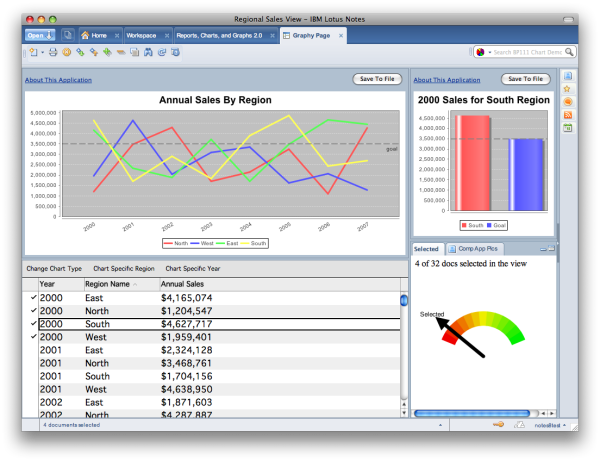 We've completely overhauled the session from last year to show not only techniques that work on older client versions (Notes 6 and up), but also some cool new stuff for Notes 8 and 8.5. The screenshot above is a composite app with custom graphing components that I wrote. And it's running on my new MacBook Pro.

In the other session that Rob McDonagh and I are doing -- BP104: Choosing and Using a JavaScript Toolkit -- we are taking a basic form on a web page and building up all sorts of cool functionality using different JavaScript toolkits. At the end, we have a page that's using 6 different toolkits all on the same page: Prototype, Scriptaculous, jQuery, YUI, Ext, and Dojo. And of course, we discuss the perils of doing something as crazy as putting 6 different toolkits all on the same page.

I also talked to Viktor last night about some of the cool things that he and Rob Novak are demoing in their newest Great Code Giveaway this year. Really awesome stuff... but I'm sworn to secrecy so that's all I'm gonna say about that.
;-)

Lots more later. Back to the demo mine for me. 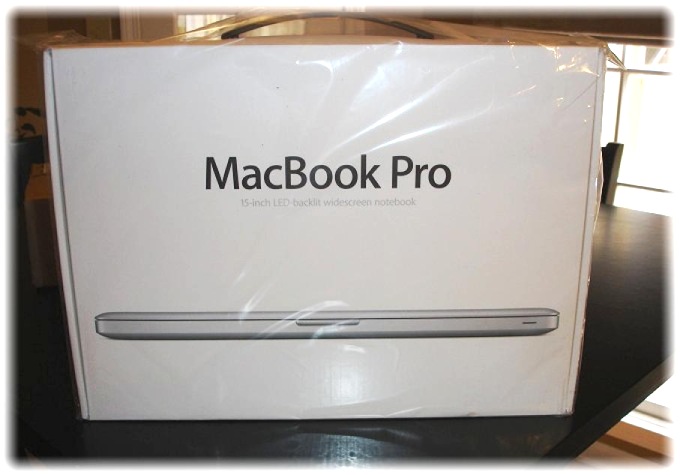 The journey begins... Thanks Rob!

[ permalink ] [ e-mail me ] [ ]
Battlestar Galactica season 4.5 (the final season) begins on Friday, January 16th. It just showed up on my TiVo as an available show for a new season pass.

I only started watching the series this last year, when the always generous John Vaughan lent me the first 3 DVD sets. My wife and I both got hooked very quickly. I'm anxiously awaiting delivery of season 4, which I pre-ordered on Amazon and comes out on Tuesday.

If you need to catch up like me, my understanding of the preferred watching order of the series is:

Even if you don't watch much TV the show is definitely worth a try. But I'm pretty sure you'll have to start from the beginning, not the latest season.